Ohketeau: To plant, to grow
A space for indigenous cultural practice

Run by the Ohketeau Cultural Council, Ohketeau was birthed as a special place that symbolizes the good relations between the people of Double Edge, and the Nipmuc people of Massachusetts. The goal while constructing Ohketeau, is to create a space, allied with Double Edge Theatre, that allows for indigenous collaboration and community growth. Ohketeau will serve as a retreat location for indigenous people, spearheaded by Nipmuc community members Larry Spotted Crow Mann, and Jasmine Rochelle Goodspeed.

Ohketeau will offer teachings not regularly found in schools, and will put a focus on creating a safe space to teach indigenous cultural practices such as: 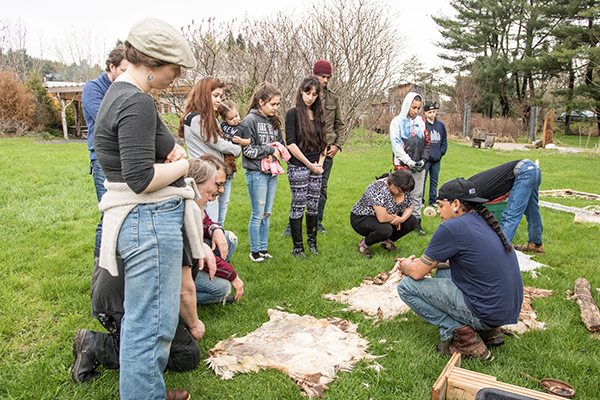 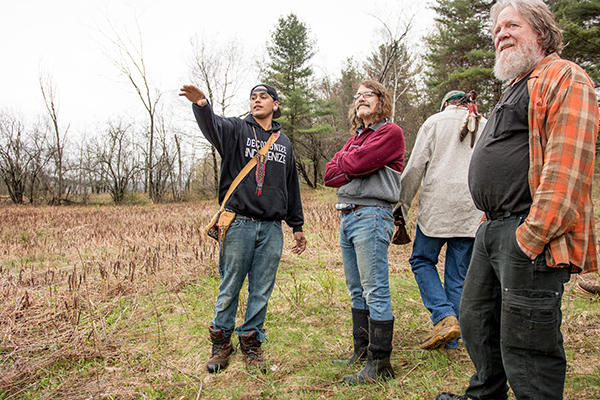 Ohketeau will be open to members of any band of people, and should promote collaboration across indigenous communities. There will be both intimate workshops and teachings that will allow visitors from outside nations, and communities, along with closed community activities- at the request of the people using the space. All requests must be made through contacting the leaders of the space for any special programming.

This space hopes to invite and educate a variety of people with events such as: 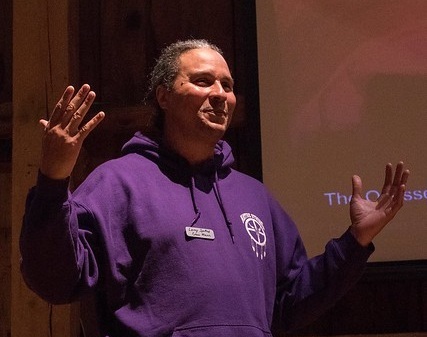 Larry Spotted Crow Mann is nationally acclaimed author, his heritage belonging to the Nipmuc people of Massachusetts. He is an award winning writer, poet, cultural educator, Traditional Story Teller, tribal drummer /dancer and motivational speaker involving youth sobriety, cultural and environmental awareness. He has served as a board member of the Nipmuk Cultural Preservation ,which is an organization set up to promote the cultural, social and spiritual needs of Nipmuc people as well an educational resource of Native American studies. A busy individual, Mann also serves as a Review Committee Member, at The Native American Poets Project at the Peabody Museum of Archaeology & Ethnology.

He travels throughout the United States, Canada and parts of Europe to schools, colleges, pow wows and other organizations sharing the music, culture and history of Nipmuc people. He has also given lectures at universities throughout New England on issues ranging from Native American Sovereignty to Identity. More Information>> 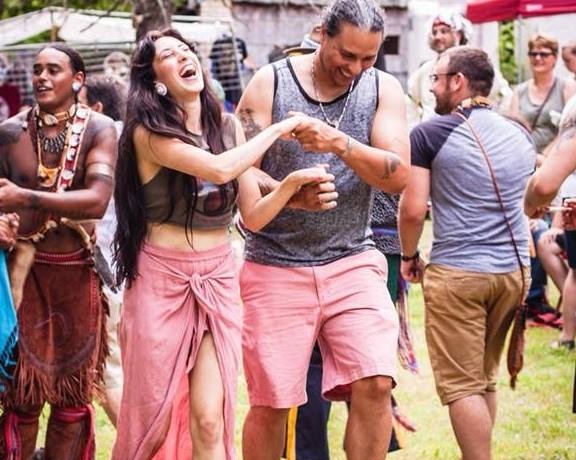 Jasmine Rochelle Goodspeed (Nipmuc) is a graduate of UMass Amherst, and the honors College therein, with a thesis revolving around the events of King Philips War in 1675. She holds a major in Theatre and in English, a certificate from the 5 colleges in Native Studies, and a minor in Anthropology. During her time at Umass she worked for the Native American Students Association as well as a program assistant for CPNAIS(Certificate Program for Native American and Indigenous Studies). Outside of this, she has also served as secretary for the Nipmuk Cultural Preservation Inc. for the past 5 years. She is a local actress, singer, theatre maker, and activist. Jasmine is thrilled to be taking on the position of a program leader at the Ohketeau space, and envisions a bright future for it. Please contact her for any questions about the space at: Jasmine@doubleedgetheatre.org

Nipmuc means: “People of the fresh water”, an eastern band of people that spanned from what is now known as the Grafton, Webster area all the way up until the fields of Ashfield. The Nipmuc people were heavily involved in King Philip’s War of 1675, some participating as warriors and far too many who chose to remain in Praying Towns set up by Reverend John Eliot being inturned on Deer Island in the Boston Harbor to make sure that they would not join the fight. The once expansive territory that was inhabited by Nipmuc people has shrunken greatly- pockets of land kept around Massachusetts. A people of many bands, and awarded state recognition, the Nipmuc people have been fighting to survive for hundreds of years. Stories, traditions, and teachings continue to be passed down to future generations- diverse and beautiful children that fulfil the wildest dreams of ancestors that prayed for survival without knowing if it was possible. Many Nipmuc people share ancestry with other nations, and races, belonging to many vibrant and passionate communities. We are happy to be in such intense collaboration with Double Edge. 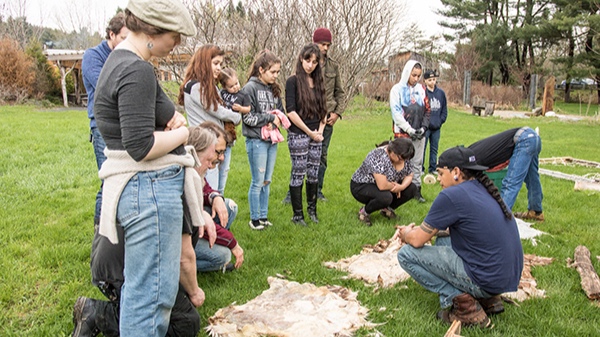